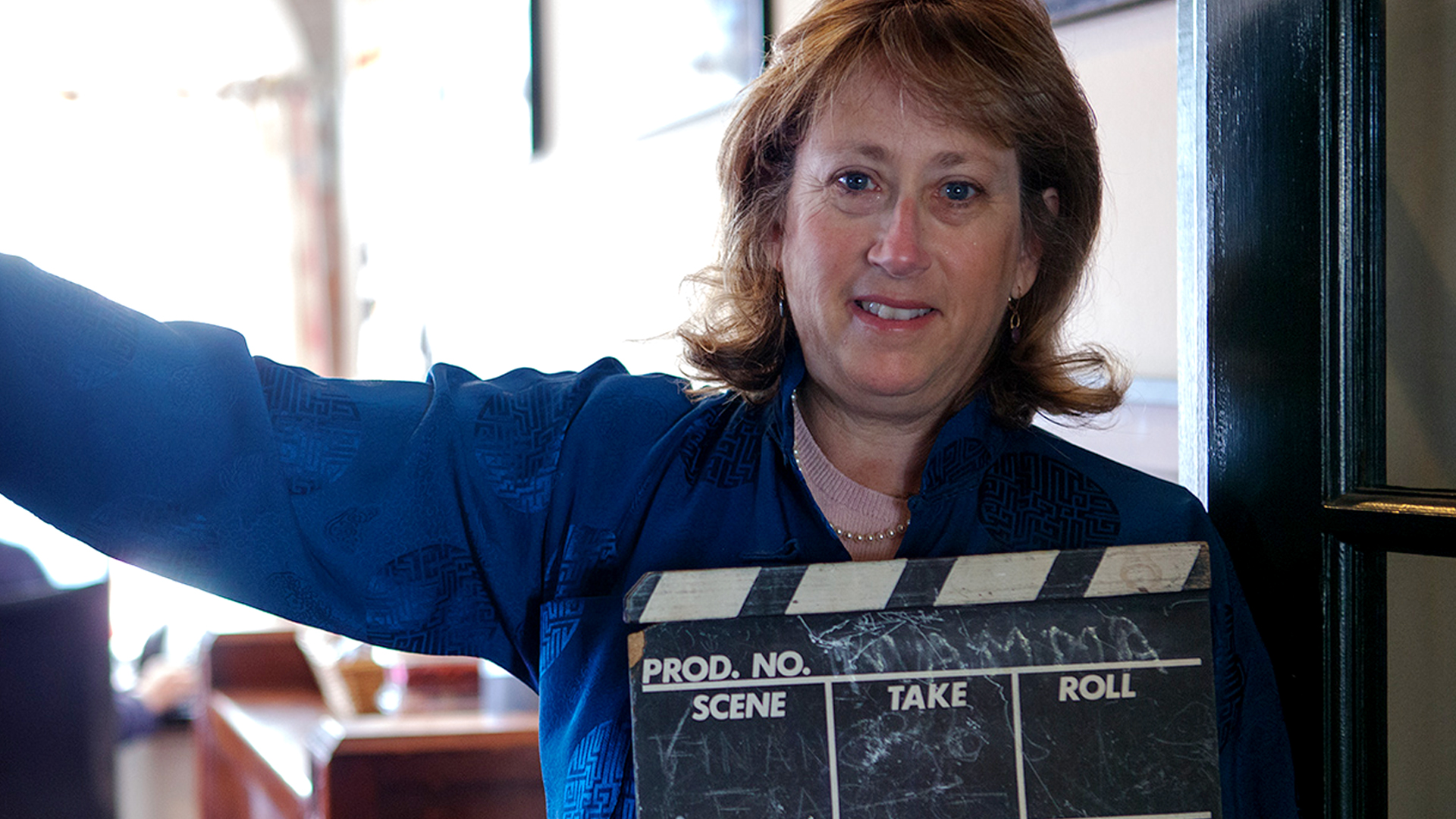 AFI alumna Heidi Levitt (Class of 1987) has established herself as a versatile casting director and producer, crisscrossing artistic mediums from theater to television to film to commercials. Her new film, THE ROADS NOT TAKEN, recently had its World Premiere at the Berlin International Film Festival. Reuniting with director Sally Potter for the fourth time, she produced and cast the film, which stars Elle Fanning as Molly, the daughter of a man (Javier Bardem) struggling with his deteriorating health and contemplating the different lives he might have led.

Levitt started her career at the Circle Reparatory Theater and the Ensemble Studio Theatre in New York City, where she quickly learned the ropes. She later worked on studio films, including JFK, NIXON and THE JOY LUCK CLUB – forming close-knit collaborations with directors Oliver Stone and Wayne Wang. Levitt continues to work in theater – most recently casting an award-winning revival of “Bent” at the Mark Taper Forum. For her work in casting, Levitt has won four Artois Awards for Best Casting from the Casting Society of America, for THE JOY LUCK CLUB and the Oscar®-winning, THE ARTIST, and for the two plays produced at the Mark Taper Forum in Los Angeles, “Bent” by Martin Sherman and most recently “Sweat” by Lynn Nottage. Levitt is also on the producing faculty at the AFI Conservatory, and she is directing a documentary film called WALK WITH ME that will be executive produced by the Oscar®-winning filmmaker, Alex Gibney.

AFI spoke with Levitt about her new film, her approach to casting and what she learned while in the producing program at AFI.

AFI: THE ROADS NOT TAKEN premiered at the 2020 Berlin International Film Festival. Can you tell us a little about how you first became involved in the project?

HEIDI: I’ve been a longtime collaborator of Sally Potter, who I am so privileged to work with. Sally has been such a force for me in terms of my work, and I’ve learned so much from her as a director. I first started working with her on THE ROADS NOT TAKEN when she was developing the story in 2015. We went through several drafts where I served as a sounding board and helped her realize who the characters were in the development process. I was very lucky to be involved at such an early stage.

AFI: Can you talk about casting the film? How did you know that Elle would be the right actor to step into the character’s shoes and build a rapport with Javier?

HEIDI: Elle and Sally had such an amazing collaboration with GINGER AND ROSA that they each wanted to work with one another again. It might not be the obvious choice. You could ask, “why is Elle Fanning playing Javier’s daughter?” but it worked because Laura Linney was perfect to play the part of her mother.

I also think that Elle is a transformational actress. Some people think that a cast all has to look like they belong together, but actually if they play the role through the heart and through the soul, you’ll believe it and will connect with the character. Elle and Javier share the ability to really dig deep emotional connections in the characters they play. Everyone was an admirer of Elle’s and, because of the strong relationship with Sally, her name came up. I think it was a personal connection, a collaboration and a matter of trust.

And with casting, Sally is a very thoughtful, thorough director. She’s never fickle in terms of her choices. She is really thinking through every decision. She combs through interviews of the actor, as well as past work, to see if he or she can be this person. My job as casting director is to open the window a little more and present different options.

AFI: This film is your fourth project with Sally Potter. What makes for a successful collaboration between a director and a casting director?

HEIDI: I feel that a successful collaboration is one where we’re really able to listen, hear the vision and are open to reframing things. For instance, I cast a film for Sally called RAGE, and we were having a really hard time casting the role of an aging supermodel. Then I thought “what if we cast Jude Law?” I’m not sure how I got there, but I thought he could be an interesting, unconventional casting choice. We were struggling with that one part and then I was like “let’s rethink it” and Sally was able to rewrite the part to make it work.

The collaboration between director and casting director is a dance, and it’s really helpful when you have someone like Sally who is willing to do the work and is open to actors who have maybe just done theater or television before. I like it when the director has a blank slate and allows me to come in with ideas, but I’m also very open to getting their point of view. 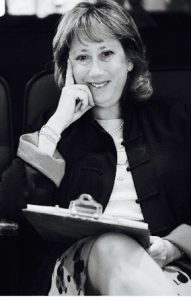 AFI: You’ve worked with a lot of women directors who explore progressive themes in their films. Has this always interested you and how has it evolved over the course of your career?

HEIDI: I’ve always been drawn to people from across the spectrum and have been very lucky to work in this very international way. I work a lot with Asian American directors and Asian directors, as well as European filmmakers. I think my perspective on the world has always been global, in part because I’m from Montreal and grew up in a location that’s partially French and partially English. I lived in a fragmented society my whole childhood. As a filmmaker and a collaborator, my perspective has always been one of wanting to listen and tell every story.

AFI: What is your approach to thinking outside the box and casting people differently than what the script originally calls for?

HEIDI: Sometimes a story has to be very specific. However, in the next 30 years our country is not going to be majority Caucasian, and we need to reflect who we are. I think it’s ok for the filmmaker to have written it in one way and for us to say, “Can we find that?” As casting directors, we can imagine it outside of that vision as well and think about how it would change the story. If it’s not the same story the filmmaker wanted to tell, then we can’t do it. We need to be true to the story.

I did a beautiful film that premiered at TIFF called COMING HOME AGAIN, directed by Wayne Wang. And it’s based on a New Yorker essay by Chang Rae Lee about a man coming home to take care of his mother who is dying. Yes, it is a completely universal story, but there’s specificity with her being a Korean immigrant who’s come to this country and who has sacrificed for her kids. Specificity doesn’t mean it’s not going to appeal to a wider audience.

AFI: You came up in the New York theater world. Can you talk about the differences between casting film and theatre?

HEIDI: I started at Circle Reparatory Theatre in New York City as an intern, and I also worked at Ensemble Studio Theatre. I love theater because I enjoy the process of trying to make the text work in auditions. In a film, we improvise more, but in a play it’s all about making the text work. It’s been a great way for me to learn about acting and has helped me to try to encourage the best performances I can in the casting process.

In terms of the differences between casting theater versus film, I do look a lot at actor’s training because there is something different to having to do eight shows a week. Not everyone can sustain that kind of work. I think theater is the best training ground for actors, so I like to see when performers have that conservatory experience, or they’ve started in regional theater. I’m also open to actors who don’t have formal theater training to give them a chance to learn. Some theater casting directors don’t want to consider actors without the “right” credits or pedigree, but I would say I am not one of them. I am open to everyone, although I do appreciate the training.

AFI: Looking back at your training at AFI as a Producing Fellow, what are some lessons or advice that you continue to use in your career today?  And have you had the opportunity to work with some of your fellow AFI Alumni?

HEIDI: Yes, I do a lot of commercials with Janusz Kaminski and Leonard Dorfman (both Class of 1987). I have also worked with Rodrigo García (Class of 1986) on MOTHER AND CHILD, and we’re planning on collaborating on another project together. I am currently consulting with Naomi Wise (Class of 1987) on a documentary that I am making, and over the years I’ve also collaborated with former students that I’ve taught at AFI.

What I love about AFI and what I learned at the Conservatory were the nuts and bolts of filmmaking and how to tell a good story. I wrote a film at AFI for my cycle project called DELIVERING MILO. I worked with Diana Wagman (AFI Class of 1987), and we made it into a feature film in 2001 with Albert Finney, Anton Yelchin and Bridget Fonda. I’m actually now trying to do a remake of it.

You’re constantly learning in film school how to navigate a collaboration and when to really stick to your creative and collaborative decisions. I learned when to back off and when to stand your ground. As I’ve progressed in my career, I’ve learned more and more how to stick to my vision and how to fight for what I believe in and to trust my instincts. And that is part of what you learn in cycle films and what you need to bring into the work force. It’s just part of growing as an artist.