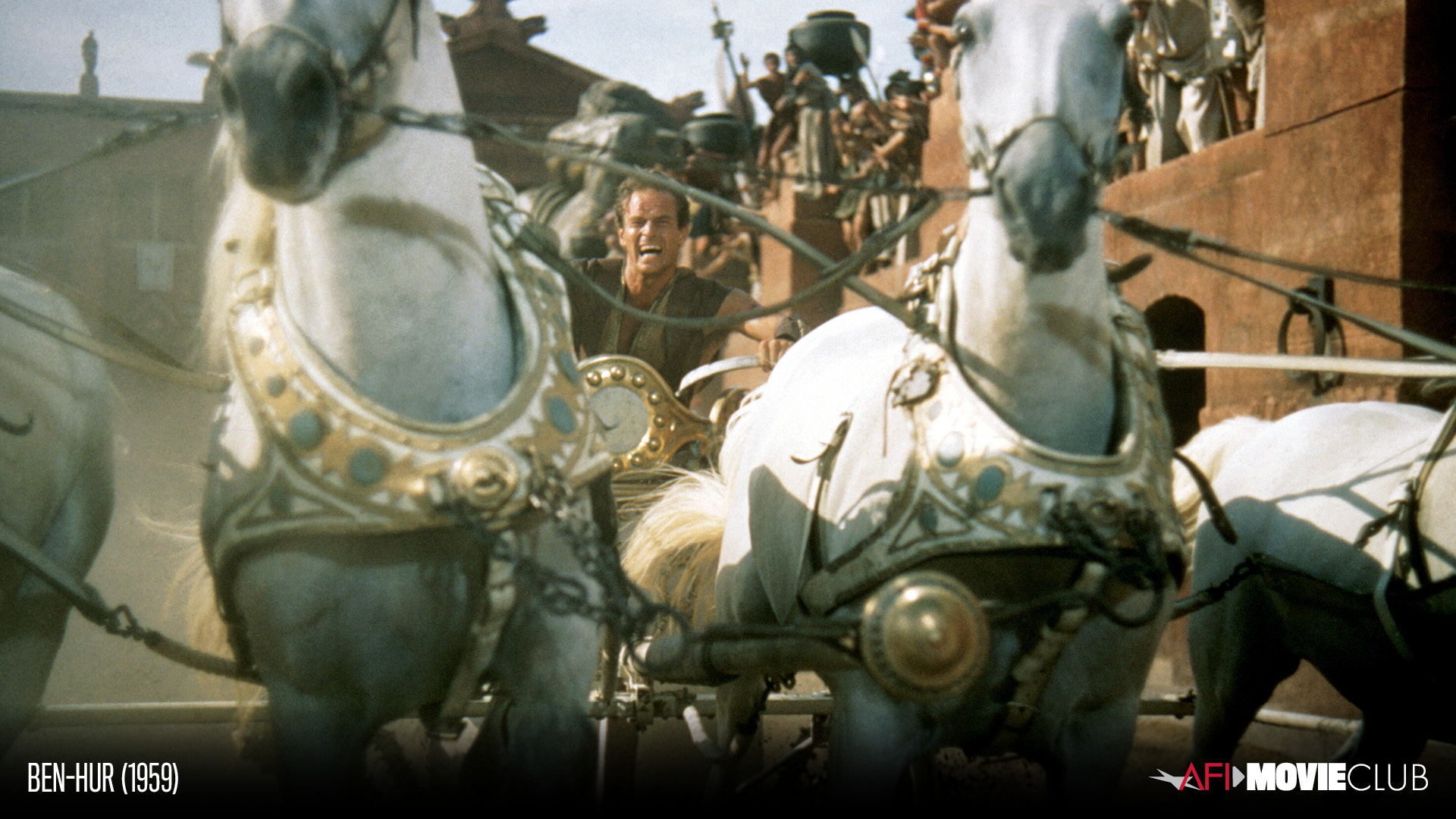 BEN-HUR ranks #100 on AFI’s 10th anniversary list of the greatest American movies of all time and #49 for the most thrilling. The film’s star Charlton Heston served as the chairman of the American Film Institute from 1973-1983!

–DID YOU KNOW that BEN-HUR is a remake of MGM’s 1925 adaptation of a Lew Wallace novel?  The original film was one of the most popular and financially successful films of the 1920s!

–DID YOU KNOW director William Wyler worked as an assistant director and production manager on the 1925 version of BEN-HUR?

–DID YOU KNOW Marlon Brando, Tony Curtis, Montgomery Clift, Kirk Douglas, Rock Hudson and Paul Newman were all considered for the lead role in BEN-HUR?

–DID YOU KNOW screenwriter Gore Vidal rewrote – with William Wyler’s permission – the scene in which Messala and Judah meet for the first time as adults to convey a backstory that the two men had once been lovers in their youth? Vidal informed Stephen Boyd (Messala) but refrained from telling the more conservative Charlton Heston.

–DID YOU KNOW the climactic chariot race sequence – which ran for just under 10 minutes in the final film – required months of planning and 10 weeks to shoot? During filming, stunt double Joe Canutt was actually thrown from his chariot but emerged with only minor cuts.

–DID YOU KNOW that composer Miklós Rózsa conducted MGM’s 100-piece symphony orchestra in 12 recording sessions over a 70-hour period for BEN-HUR? It is the longest score ever produced for a film.

-What impression do you have of Ben-Hur when he’s introduced at the beginning of the film? How is he a privileged figure, and what attitude does he have toward life?

-William Wyler made a definitive choice not to show Jesus or hear him speak onscreen. What impact does this have?

-What are some of Ben-Hur’s personal turning points throughout the film where he evolves as a character?

-What do you think of Charlton Heston’s performance? Which is your favorite of his films?

-How does forgiveness bring new hope to Ben-Hur’s life?

-What do you think of the technical feat that is the iconic chariot race sequence?

-How would you rate BEN-HUR?

How to Watch BEN-HUR Now: