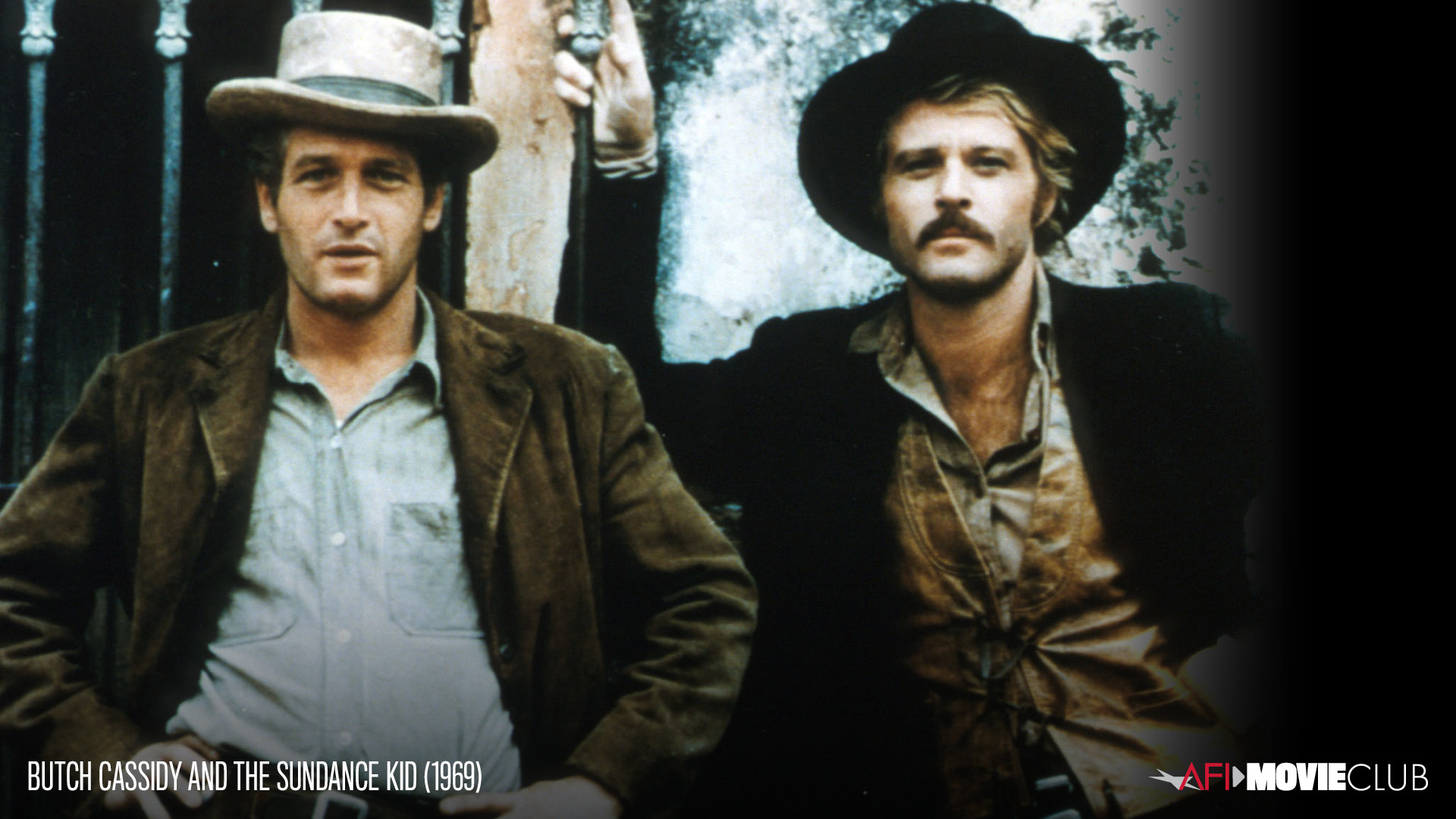 Starring Paul Newman and Robert Redford as the infamous outlaws, BUTCH CASSIDY AND THE SUNDANCE KID appears on AFI’s original and 10th anniversary lists of the greatest American films – and the dynamic duo of Butch and Sundance were co-ranked #20 among AFI’s greatest screen heroes!

Movie Trivia about BUTCH CASSIDY AND THE SUNDANCE KID

–DID YOU KNOW that Butch Cassidy and The Sundance Kid were real-life outlaws living at the turn of the 20th century?

–DID YOU KNOW that Robert LeRoy Parker and Harry Alonzo Longabaugh – the real-life Butch and Sundance! – were members of a gang called The Wild Bunch? The gang’s name was never referred to in the movie to avoid confusion with another western in theaters that same year – Sam Peckinpah’s THE WILD BUNCH!

–DID YOU KNOW that the real Butch Cassidy never used violence or firearms until he moved to Bolivia in the last days of his life? William Goldman, who won an Oscar ® for writing the film, reported that this paradox in Cassidy’s character was his primary motivator in developing the story for film.

–DID YOU KNOW that stars Paul Newman and Robert Redford teamed up with director George Roy Hill for THE STING in 1973? That later film would win Best Picture at the Academy Awards®!

–DID YOU KNOW that Paul Newman, an early investor in BUTCH CASSIDY AND THE SUNDANCE KID, initially planned to play Sundance with Steve McQueen as his co-star?

–DID YOU KNOW that BUTCH CASSIDY AND THE SUNDANCE KID was the highest-grossing Western ever made? Adjusted for today’s numbers, the film would have earned over a half billion dollars!

-Is this the first time you’ve seen BUTCH CASSIDY AND THE SUNDANCE KID?

-Does the Western theme remind you of other kinds of movies you’ve seen that are not typically considered to be Westerns, such as STAR WARS?

-The dynamic duo Butch Cassidy and The Sundance Kid were co-ranked #20 on AFI’s 100 YEARS…100 HEROES & VILLAINS list. Would you describe them as heroes? Why or why not?

-BUTCH CASSIDY AND THE SUNDANCE KID was released in September 1969. What else was going in our nation at that time – and why do you think this movie resonated so strongly with audiences?

-Why do you think BUTCH CASSIDY AND THE SUNDANCE KID is still so beloved after 51 years?

-How would you rate BUTCH CASSIDY AND THE SUNDANCE KID?

Watch screenwriter William Goldman discuss BUTCH CASSIDY AND THE SUNDANCE KID  and Ben Stiller talk about the how the film influenced him in these exclusive clips from the AFI Archive:

How to Watch BUTCH CASSIDY AND THE SUNDANCE KID Now:

Part of the movie was filmed in Grafton, Utah. The house in the background was my great grandparents house. The Russell house. Love the film because of the scenery and light hearted humor. I have a copy of the film and donate to the Grafton Historical Society.