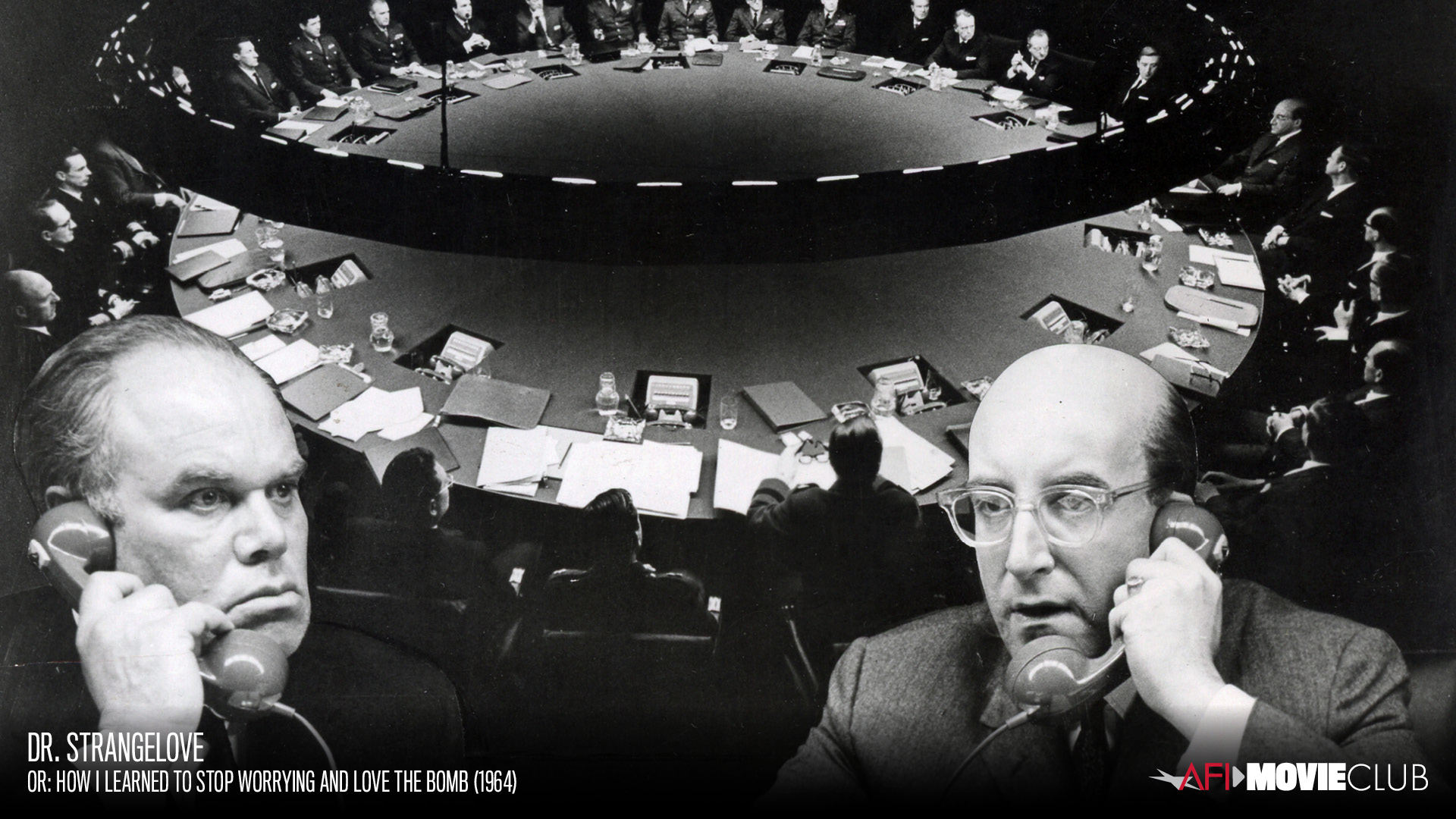 STRANGELOVE OR: HOW I LEARNED TO STOP WORRYING AND LOVE THE BOMB appears on several of AFI’s lists of the greatest American films – including #3 on the AFI’s 100 YEARS…100 LAUGHS!

–DID YOU KNOW Peter Sellers was originally signed on to play four different parts in the movie? In the final film, he played only three – relinquishing the fourth due to a broken ankle. Slim Pickens replaced him as Major T. J. ‘King’ Kong.

–DID YOU KNOW Stanley Kubrick ordered 3,000 custard pies for the production? They were to be used in an alternate ending depicting a pie fight between the Russians and the Americans.

–DID YOU KNOW the movie is based on the novel “Red Alert”? Stanley Kubrick bought the rights to the book for $3000 – and turned its dramatic material into a dark comedy.

–DID YOU KNOW George C. Scott was tricked by director Stanley Kubrick into giving a more ridiculous performance than he intended? Kubrick would have him do over-the-top “practice” takes, which were ultimately used in the final film.

The Movie Doesn’t End at the Credits: Family-friendly Discussion Questions

-What about DR. STRANGELOVE makes it relevant today?

-Peter Sellers won the Oscar® for playing multiple roles in the film. What other great films come to mind with actors playing more than one role?

-What makes a Kubrick movie distinctive? What are some of your other favorite films from Stanley Kubrick?

-How would you rate DR. STRANGELOVE OR: HOW I LEARNED TO STOP WORRYING AND LOVE THE BOMB?

How to Watch DR. STRANGELOVE Now: