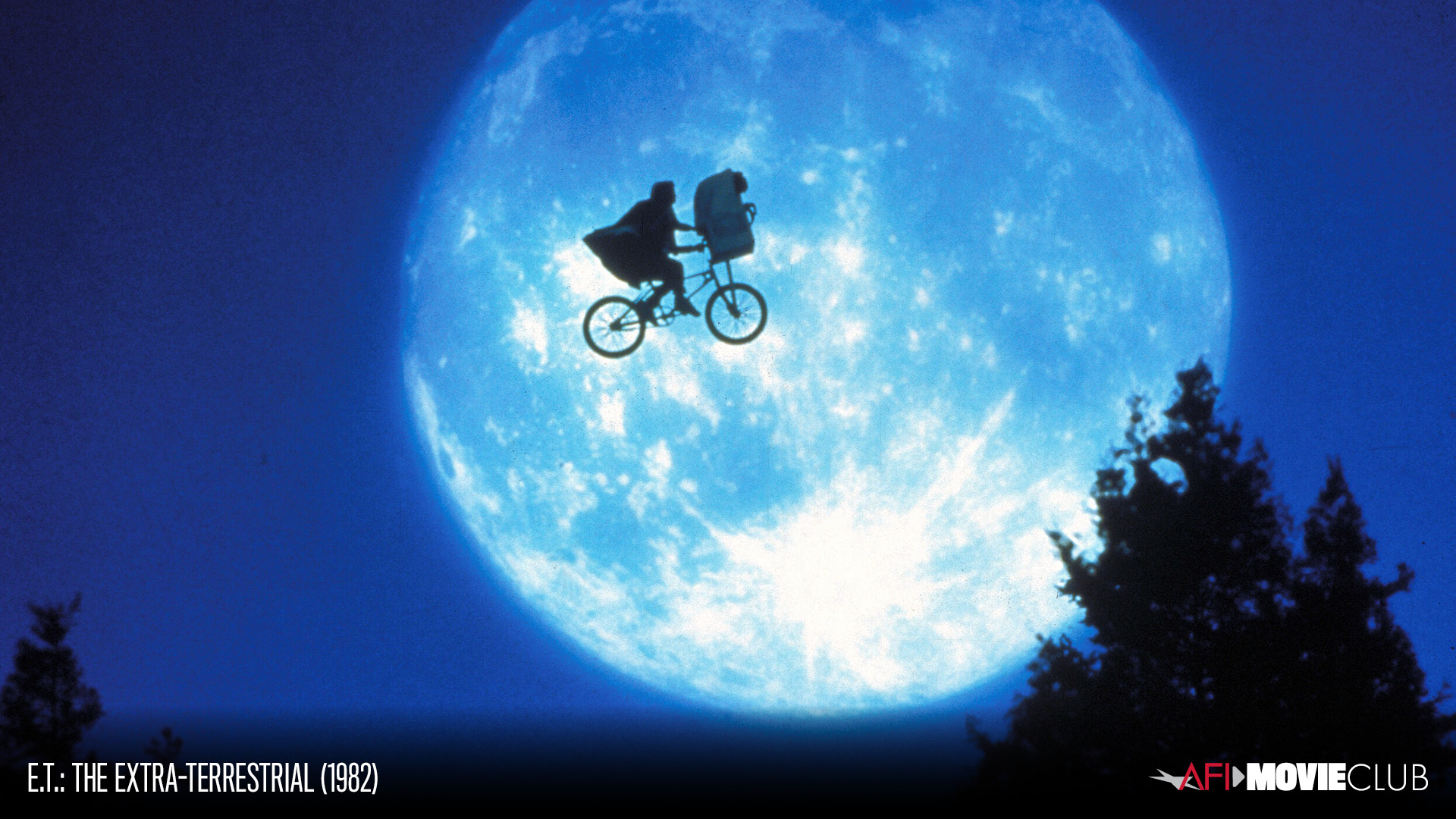 E.T.: THE EXTRA-TERRESTRIAL is a fixture on AFI’s lists of the greatest American films, appearing on five of the iconic lists – including #6 among the most inspiring films of all time! Two AFI Life Achievement Award recipients helped bring E.T.: THE EXTRA-TERRESTRIAL to our world – director Steven Spielberg (1995) and composer John Williams (2016).

Movie Trivia about ?E.T.: THE EXTRA-TERRESTRIAL

–DID YOU KNOW that Steven Spielberg and producer Kathleen Kennedy thought of the idea for E.T. before starting production on RAIDERS OF THE LOST ARK? It was Kennedy who suggested screenwriter Melissa Mathison – who had worked on one of Kennedy’s favorite films, THE BLACK STALLION.

–DID YOU KNOW that Italian artist Carlo Rambaldi constructed E.T. with an aluminum and steel skeleton under layers of sculpted fiberglass, polyurethane, and foam rubber? Each “muscle” was connected to a control mechanism, operated by Rambaldi and his ten assistants, responsible for 150 individual, complex motions.

–DID YOU KNOW that composer John Williams has written the music for 29 of Steven Spielberg’s films and won five Academy Awards® for his work, including one for E.T.?

–DID YOU KNOW that after hearing Pat Welsh’s deep, raspy smoker’s voice at a local camera store, the film’s sound designer Ben Burtt hired the non-actor to be the voice of E.T.?

–DID YOU KNOW that Harrison Ford, who was dating E.T. screenwriter Melissa Mathison at the time, was initially intended to have a cameo role in the film as Elliot’s school headmaster and school nurse, but the scene was cut?

-John Williams and Steven Spielberg have collaborated for more than 40 years. What is your favorite of their films together? What other great collaborations can you think of throughout Hollywood history?

-What makes Elliott and E.T.’s friendship so meaningful throughout the movie?

-How do the children react differently to E.T. than the adults in the film? Why do you think their approach to the alien visitor is so different?

-Beyond the science-fiction aspects of the film, what elements of the story resonate with you or feel familiar?

-How would you rate E.T.: THE EXTRA-TERRESTRIAL?

In these exclusive AFI Archive videos, watch Steven Spielberg reveal the moment the idea of E.T. came to him and Lucy Liu talk about watching E.T. with her family:

How to Watch E.T.: THE EXTRA-TERRESTRIAL Now: