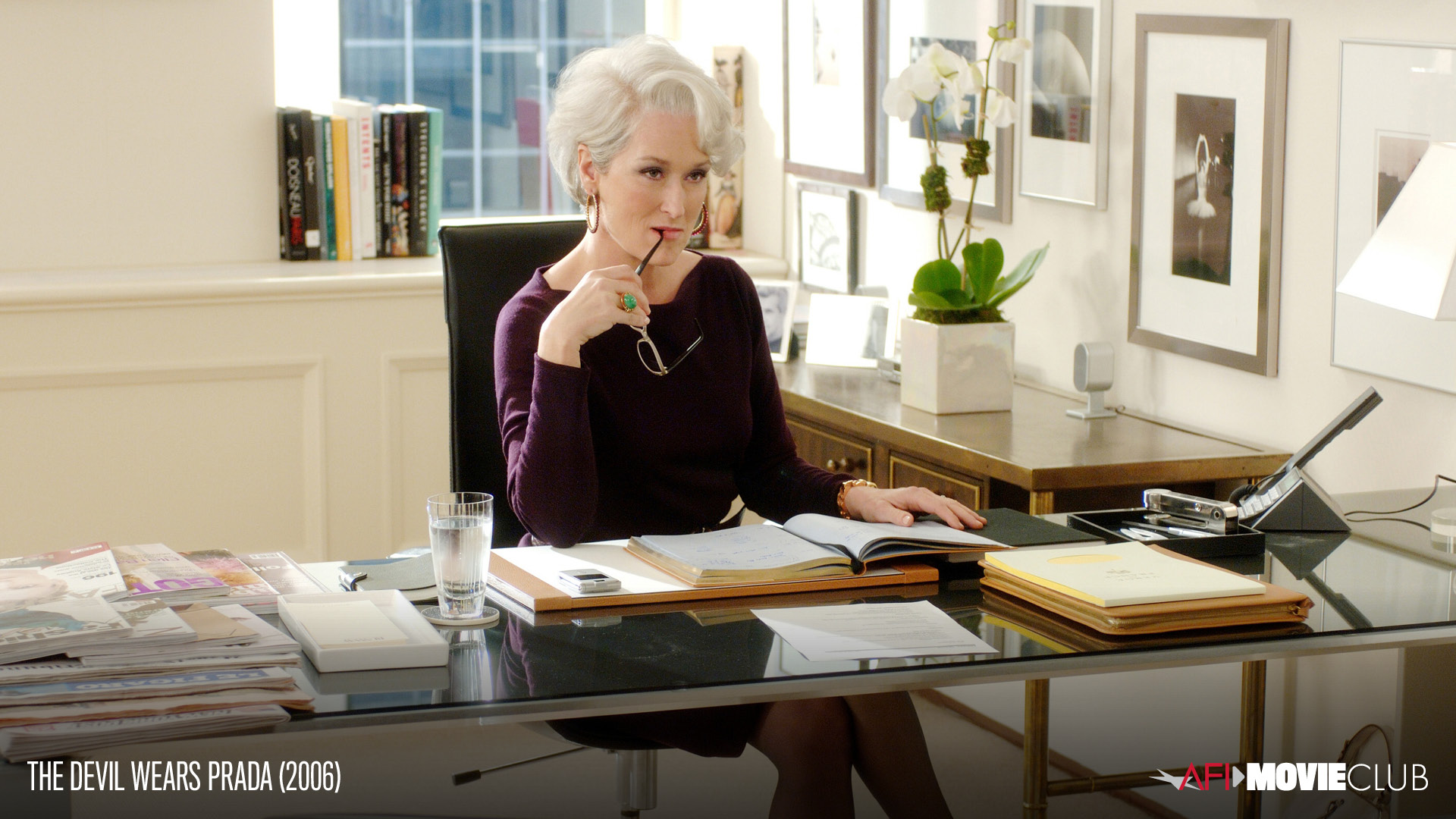 THE DEVIL WEARS PRADA was honored with an AFI AWARD in 2006 – recognizing it as one of the most outstanding and culturally significant movies of the year – and stars 2004 AFI Life Achievement Award recipient Meryl Streep!

–DID YOU KNOW the movie is based on a novel written by Lauren Weisberger? She had previously been Vogue editor-in-chief Anna Wintour’s assistant!

-DID YOU KNOW all the costumes for THE DEVIL WEARS PRADA came from major designers? Meryl Streep donated her designer costumes to charity after filming was complete.

-DID YOU KNOW Stanley Tucci was on set and filming within 72 hours of accepting the role of Nigel?

-DID YOU KNOW Meryl Streep’s Oscar®-nominated performance was partially inspired by Clint Eastwood and Mike Nichols? Her character’s look was inspired by supermodel Carmen Dell’Orefice and politician Christine Lagarde.

-DID YOU KNOW that “The Devil Wears Prada” was on the New York Times Best Seller list for over 30 weeks in 2003 and 2004? The novel returned to the paperback Best Seller list after the film’s release.

–With fashion being such an intrinsic part of THE DEVIL WEARS PRADA, which of the different costumes in the film is your favorite?

-New York City is the main backdrop for THE DEVIL WEARS PRADA. What other films come to mind that have New York City as their setting?

-Miranda lays out the significance of her sartorial choices in a masterful monologue from Meryl Streep. Had you ever considered the impact of fashion on culture beyond the runway?

-How would you describe the relationship between Miranda and Anne Hathaway’s Andy?

-How would you rate THE DEVIL WEARS PRADA?

How to Watch THE DEVIL WEARS PRADA Now: