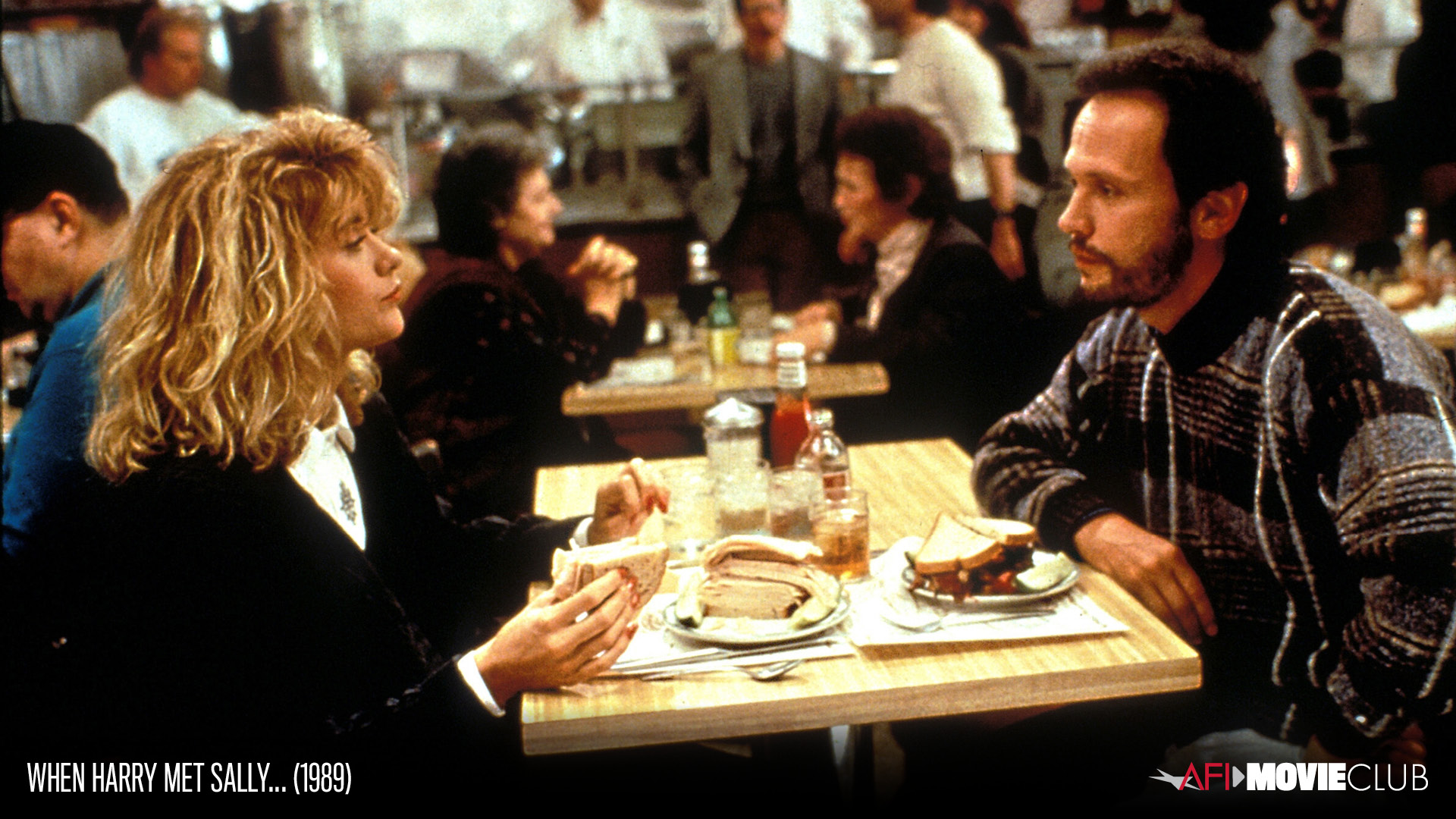 WHEN HARRY MET SALLY… stars Billy Crystal and Meg Ryan as romantic foils in Rob Reiner’s classic comedy, from an acclaimed script by Nora Ephron. It is celebrated across a number of AFI’s lists – and shows up at #6 on AFI’s 10 Top 10 list of the greatest romantic comedies of all time!

– DID YOU KNOW that Tom Hanks, Richard Dreyfuss and Albert Brooks were among the actors considered for the role of Harry before it ultimately went to Billy Crystal?

– DID YOU KNOW that the characters of Harry and Sally were individually based on director Rob Reiner and screenwriter Nora Ephron?

– DID YOU KNOW the film’s famous line – “I’ll have what she’s having” – was delivered by Rob Reiner’s mother? It was written by Billy Crystal between rehearsals!

– DID YOU KNOW the location of the “I’ll have what she’s having” scene is not the only production to shoot at the over 100-year-old delicatessen in New York City? DONNIE BRASCO, ENCHANTED, ACROSS THE UNIVERSE and LAW & ORDER also filmed there.

– DID YOU KNOW the scene with the four-way call was filmed on three connected sets simultaneously? The actors were linked by real phone lines allowing them to hear each other – all in service of the scene’s comedic timing. The scene was four pages of dialogue and took over 60 takes to get it right!

– DID YOU KNOW Nora Ephron was nominated for an Academy Award® for the screenplay of WHEN HARRY MET SALLY…?

Learn more at the AFI Catalog!

– After 30 years, why does the film still resonate with fans today?

– What are some of your favorite films starring Billy Crystal or Meg Ryan?

– How would you rate WHEN HARRY MET SALLY…?

Watch Nora Ephron, Rob Reiner and Billy Crystal talk about the famous diner scene in this exclusive clip from the AFI Archive:

How to Watch WHEN HARRY MET SALLY… Now: