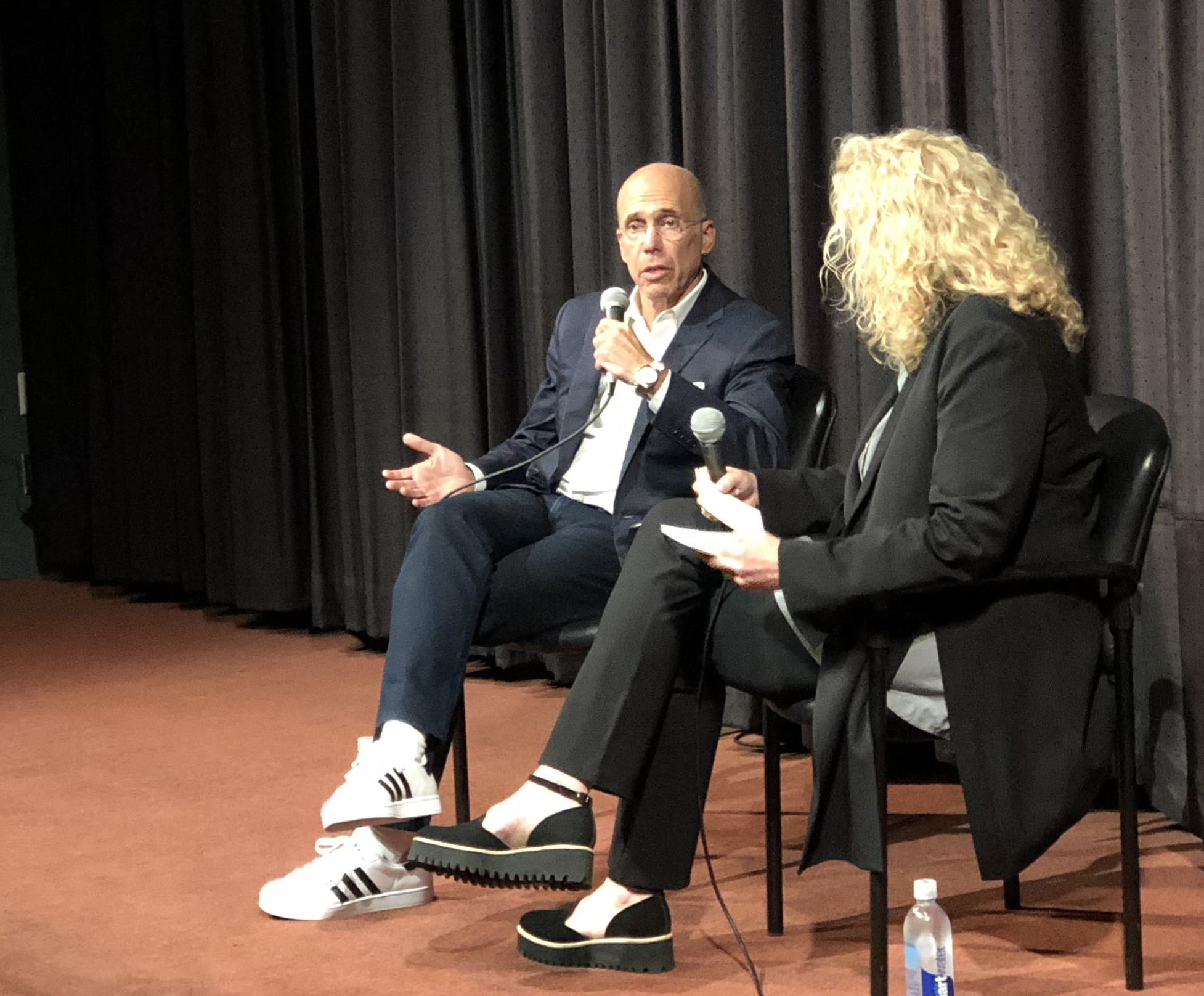 AFI Welcomes Class of 2021 and Jeffrey Katzenberg to Campus

On Opening Day, AFI CEO & President Bob Gazzale and Dean Susan Ruskin welcomed 137 first year Fellows, who will embark on their two-year filmmaker training at the AFI Conservatory. The Conservatory is commemorating the 50th anniversary since it first opened its doors on September 23, 1969, with an inaugural class that included master filmmakers Caleb Deschanel, Terrence Malick and Paul Schrader. Recent alumni include filmmakers as diverse as Patty Jenkins (Class of 2000), Darren Aronofsky (Class of 1992), Rachel Morrison (Class of 2006) and Melina Matsoukas (Class of 2005). 52% of all first and second year AFI Fellows this year are female filmmakers, continuing AFI’s mission of championing inclusivity in film and television.

Ruskin, who recently stepped into the post of AFI Conservatory Dean, greeted the first year Fellows with words of inspiration and encouragement. “On the Conservatory’s 50th anniversary, it is an honor to be a part of the impassioned AFI community,” said Ruskin, “and to join a longstanding tradition of supporting and galvanizing future filmmakers. There is no more important time than right now to attend to diverse voices and dynamic visions as they will shape the future of storytelling in an ever-evolving industry.”

In honor of the occasion, Quibi Founder Jeffrey Katzenberg addressed the incoming AFI Conservatory Fellows and shared his insights and expertise during a Q & A that gave Fellows the opportunity to learn from and engage with the innovator. After sharing with the audience how his goal throughout his career has always been to exceed expectations, Katzenberg said, “Think about this amazing opportunity that you’ve been offered. To be here is to be given the resources, the tools, the access and the best possible coaches. Your job is to exceed expectations, and, when you do it, there’s going to be an enormous reward for you.” As the first year Fellows undergo a rigorous, albeit rewarding, start to their education, the Conservatory continues to cultivate the next generation of film leaders, just as it set out to do 50 years ago.