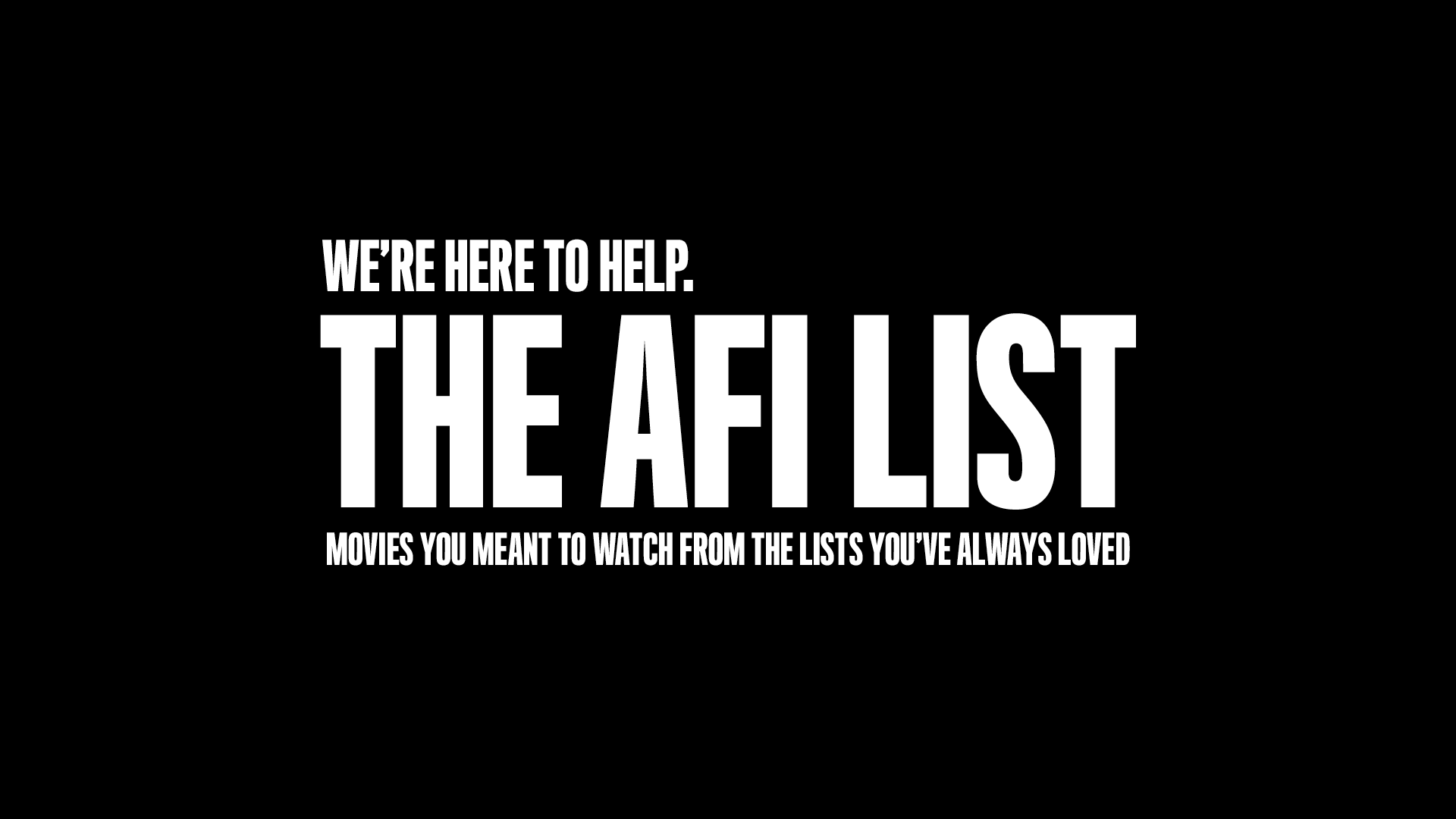 Need a little inspiration in these trying times? Revisit your favorite AFI List as a much-needed guide on what to watch with your family, roommate or on your own. From classics you’ll want to see again to hidden gems you never knew about, the AFI Lists are here to inspire and entertain – especially in a time when we need them the most.

Our most popular list with films for everyone! Looking for the original list? The very first edition of AFI’s 100 Years…100 Movies can be viewed here.

Inspiration hasn’t been cancelled. These 100 movies inspire us, encourage us to make a difference and give us a greater sense of possibility and hope for the future.

Want an adrenaline-inducing roller-coaster ride? Check out these “thrills” from the comfort of your couch.

“Of all the gin joints in all the towns in all the world, she walks into mine.” – CASABANCA (1943) These famous quotes will take you right back to some of the best films in American film history.

In these films – regardless of genre – a romantic bond between characters provides the beating heart of the film’s narrative.  Did you know that Hepburns make up 11% of America’s Greatest Love Stories? Katharine Hepburn stars in GUESS WHO’S COMING TO DINNER, ON GOLDEN POND, BRINGING UP BABY, THE PHILADELPHIA STORY, WOMAN OF THE YEAR and THE AFRICAN QUEEN, while Audrey Hepburn graces TWO FOR THE ROAD, ROMAN HOLIDAY, SABRINA, BREAKFAST AT TIFFANY’S and MY FAIR LADY.

This list of the 100 top movie songs of all time will make your heart sing. These songs have echoed beyond the walls of a movie theater and ultimately stand in our collective memory of the film itself. What better time is there to revisit some of these favorite films that feature these top songs?

Take a trip down memory lane with this list of the 50 greatest screen legends — the top 25 women and top 25 men — of all time.

The AFI’s 100 Years of Film Scores is a list of the 25 greatest American films scores of all time. You’ll be humming these classics long after you’ve finished watching the films.

AFI’s Greatest Movie Musicals is a list of the 25 greatest American movie musicals of all time will have you listening to all that jazz and leave you dancin’ in the rain.

Where are these movies viewed TV, internet, etc.,