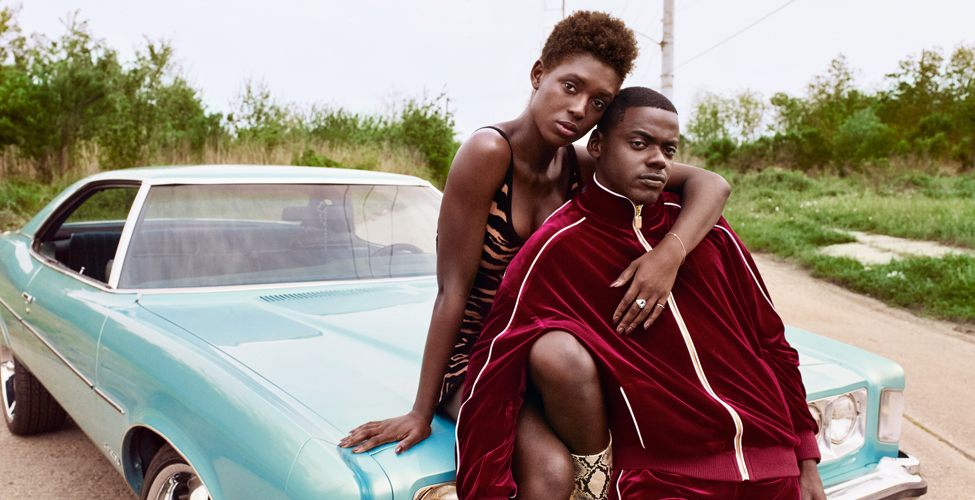 In making the announcement, AFI President and CEO Bob Gazzale said, “Melina’s powerful voice is the embodiment of the AFI ideal, for we believe in the revolutionary power of visual storytelling to share perspectives, inspire empathy and drive culture forward. We are honored to shine a proper light upon her and QUEEN & SLIM.”

For Matsoukas, the AFI world premiere represents a homecoming. “I feel privileged to present my first feature film, QUEEN & SLIM at the opening night of AFI FEST, a place that is integral to my story as a filmmaker. The tools I learned while receiving my Master of Fine Arts from AFI informs my artistry every day, and to have this moment come full circle is deeply moving,” said Matsouskas. “My mission as an artist is to create change in the world. My time at AFI further instilled the power of film as a tool for change, and I hope that QUEEN & SLIM sparks dialogue, leaving viewers thinking about themselves and the world long after leaving their seats.”

Said Michael Lumpkin, director of AFI Festivals: “The film is an outstanding debut – a fearless, gorgeous and powerful cinematic achievement that speaks, better than any film this year, to the effects of racism and violence in our country today.”

While on a forgettable first date together in Ohio, a black man (Daniel Kaluuya) and a black woman (Jodie Turner-Smith), are pulled over for a minor traffic infraction. The situation escalates, with sudden and tragic results, when the man kills the police officer in self-defense. Afraid for their lives, the man — a retail employee — and the woman — a criminal defense lawyer — are forced to go on the run. But the incident is captured on video and goes viral, and the couple unwittingly become a symbol of trauma, terror, grief and pain for people across the country.

As they drive, these two unlikely fugitives will discover themselves and each other in the most dire and desperate of circumstances and will forge a deep and powerful love that will reveal their shared humanity and shape the rest of their lives.

AFI FEST 2019 takes place November 14-21, 2019, at historic theaters in Los Angeles. Screenings, Galas and other events will be held at the TCL Chinese Theatre, the TCL Chinese 6 Theatres and the Hollywood Roosevelt. The full festival lineup and schedule will be unveiled in October.

Audi returns for the 16th year as the exclusive Presenting Sponsor of AFI FEST, enabling the festival to host the very best of world cinema. Audi and their visionary support reflect a continuing commitment to create opportunities for equality in film and television. Audi also supports AFI through the Audi Fellowship for Women, a full-tuition scholarship created in 2017 to support promising female directors entering the AFI Conservatory. This Fellowship is part of the Audi commitment to drive progress and a landmark investment in the future of the storytelling community.

Audi is the exclusive presenting sponsor of AFI FEST 2019. Additional top sponsors include AT&T and American Airlines, the official airline of AFI.

Watch the trailer to QUEEN & SLIM below.

Hi, Where do we purchase the tickets for the movie Queen & Slim.
I know they will be on sale on the 30th but I don’t see where we can purchase them. I am super excited to see this film. Please let me know when you have the time.